The landscape of the Arabian Peninsula during the Paleolithic era was entirely different from that which we see today. Recent palaeoenvironmental studies in Saudi Arabia have shown that over the last two million years there have been a number of wet phases, and there were vast grasslands dotted with lakes and rivers, about which clustered a diverse range of animals. It was “Green Arabia” that greeted the early humans as they took their first steps into Asia out of Africa.
From about 9000 BCE, sedentary societies based on agriculture and animal husbandry began to spread across the so-called “Fertile Crescent” in the Near East. This marked the dawn of the Neolithic period. It appears that the influence of these settlements eventually reached all the way to the northwestern part of Saudi Arabia.
Once sedentary farming communities were established, herders and hunters began to move here and there about their peripheries. Such people began to spread out through the steppes of the Arabian Peninsula during the Neolithic period. Neolithic sites with arrowheads and other such artifacts have been discovered throughout the vast territory of Saudi Arabia. 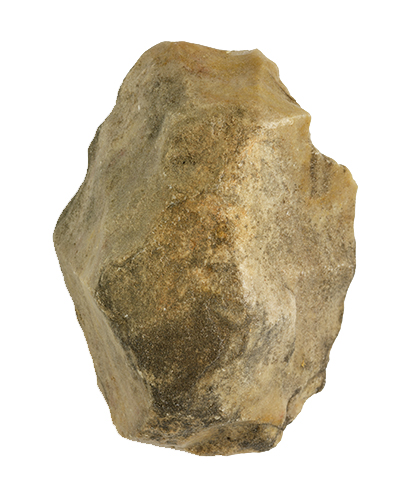 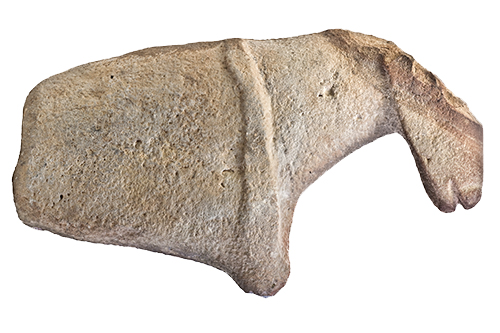 *This chapter will also introduce an excavation being conducted in Saudi Arabia by an archaeological team from Kanazawa University.

The history of the Arabian Peninsula begins with trade routes. As urban civilizations began to take root in Mesopotamia about 2500 BCE, the Arabian Gulf became a sea trade “road” linking the civilizations of Mesopotamia and the Indus Valley. The gulf area, which, according to the contemporary documents inscribed on clay tablets excavated in Mesopotamia
was called “Dilmun,” prospered thanks to intermediary trade of goods brought in from surrounding areas. One of the centers for such maritime trade activities was Tarut Island. 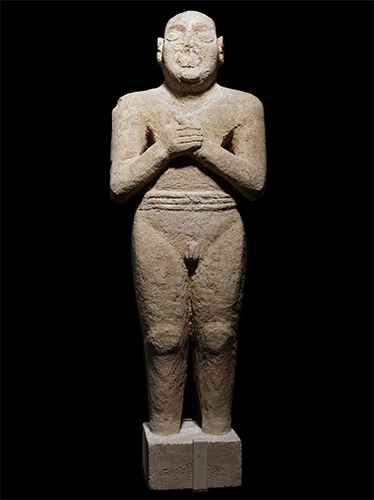 Frankincense and myrrh of southern Arabia (today’s Yemen and parts of Oman) were highly prized in the Middle East and the Mediterranean worlds as incense used in religious ceremonies and for medicinal purposes. The production of incense made southern Arabia extremely rich and it came to be referred to in the ancient Greek and Roman sources as Happy Arabia (Arabia Felix). It had been a dream for the ancient Egyptian pharaohs, Alexander the Great, and the Roman emperors to take control of the incense producing areas but none of them succeeded in doing so.
Around the end of the 2nd millennium BCE, camels came to be used as pack animals, and the incense trade using camel caravans led to the dramatically rapid development of inland trade cities in the Arabian Peninsula. Incense from southern Arabia and goods from the Indian Ocean region and East Africa were transported by camel caravans to Najran, Jarash, Yathrib (al-Madina), Dedan (al-Ula) and Hegra (Mada’in Saleh), and from there, to the Levant, Egypt, and the Mediterranean world. Also there were routes from Najran to the Gulf region via Qaryat al-Faw, and from Tayma to Mesopotamia. Large numbers of people and goods passed through the Arabian Peninsula. This section of the exhibition introduces a wide range of artifacts from the ancient trade cities which flourished on the incense trade. 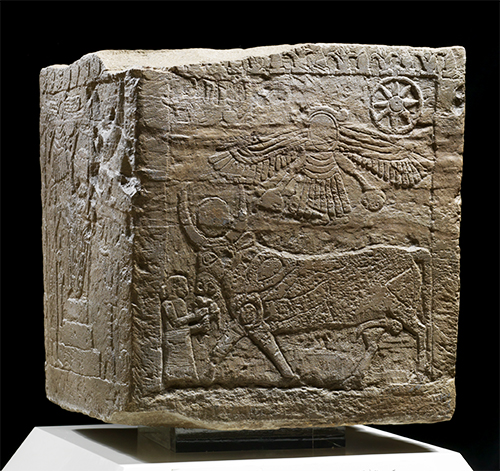 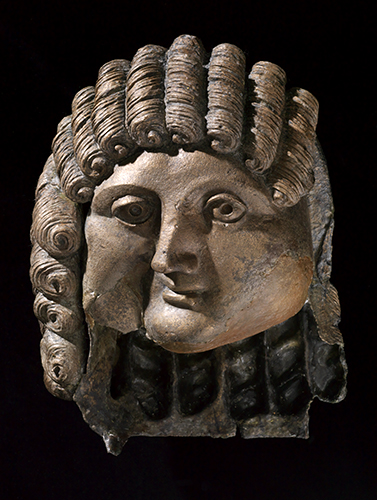 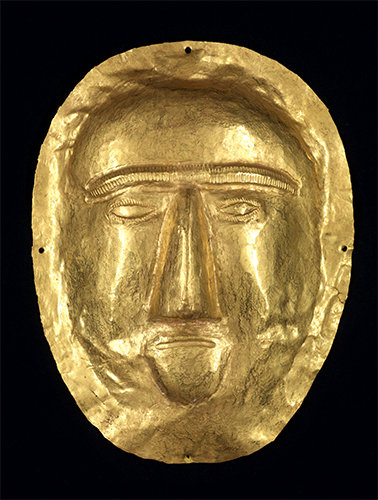 The religion of Islam preached by the prophet Muhammed spread to whole areas of the Arabian Peninsula during his lifetime. Until the end of the Umayyad Caliphate, Muslims conquered the lands as far away as Central Asia to the east, and North Africa and the Iberian Peninsula to the west. The pilgrimage to Makkah (hajj) is one of the five pillars of Islam, and the two holy cities of Makkah and al-Madinah began to receive large numbers of pilgrims from a diverse range of regions during the month of the pilgrimage. To ensure the safety of pilgrims, successive Caliphs put great efforts into creating and maintaining pilgrimage routes, accommodation, and water supply facilities. The most important pilgrimage routes were the routes connecting Syria, Iraq, Egypt, and Yemen to the holy cities. The pilgrimage routes served not only religious purposes but also functioned as important trade routes. 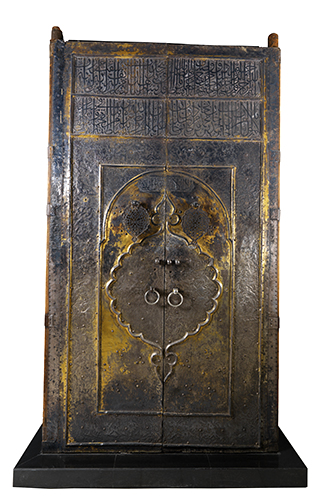 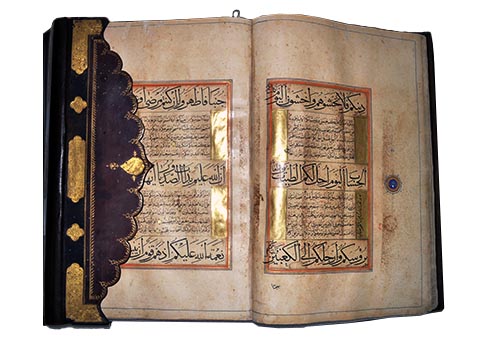 Chapter 5: Road Leading to the Kingdom

The Islamic world stretching over the three continents of Asia, Africa and Europe, was divided into many local dynasties and states of diverse peoples that rose to power one after the other throughout history. The Hejaz region, located on the coast of the Red Sea and which included the holy cities of Makkah and al-Madinah, eventually came under the rule of the Egyptian Mamluk Sultanate and later the Ottoman Empire.
The House of Saud began the conquest of the Arabian Peninsula in the 18th century. At the beginning of the 19th century it conquered the Hejaz region and most of the Arabian Peninsula, unifying a region that corresponded approximately to the current Kingdom of Saudi Arabia (the First Saudi state). However, following an attack by the Egyptian military at the behest of the Ottoman Empire, the House of Saud lost the Hejaz region and the kingdom itself collapsed in 1818.
The House of Saud was able to rally forces in 1824 in Riyadh, but internal family conflicts led to its expulsion in 1891, leading the kingdom to collapse a second time (the Second Saudi state).
In the midst of crisis, a young successor of the House of Saud, Abdulaziz, led an elite force in recapturing Riyadh in 1902, thus beginning a third conquest of the Arabian Peninsula. The kingdom he built became the current Kingdom of Saudi Arabia (1932−).
This section introduces the House of Saud, the history of the country’s founding by King Abdulaziz, and modern Arab cultural life. 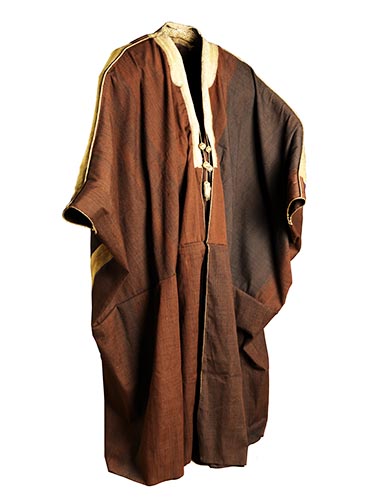