New Year's Celebration at the Tokyo National Museum: Year of the Ox 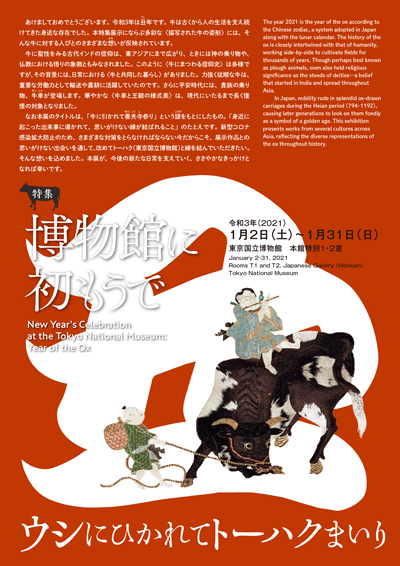 The pamphlet is distributed in Information, Honkan during the thematic exhibition periods