Family Gallery: So Many Roosters and Birds in One Place!

Pheasants and other birds 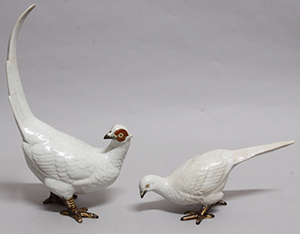 Pheasants are characterized by a body that is thicker around the middle and sturdy legs suitable for walking. The male is larger than the female and has long, beautiful tail feathers and other decorative feathers. The cries of the pheasant, chicken, and quail are featured in certain Japanese proverbs. 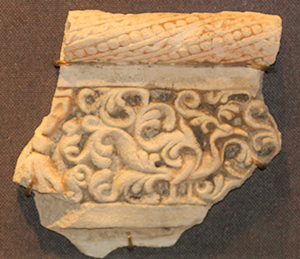 The first images of lovely peacocks, with their beautiful, vividly colorful feathers, were brought to Japan via the Korean peninsula in the late 6th to early 7th centuries. From then on, these images were popular ornamentations in buildings and motifs in works of art. 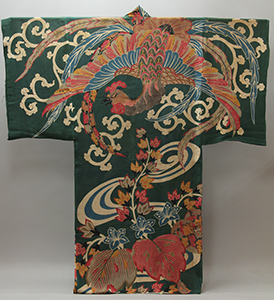 These mythical birds are of ancient origin. Representations of birds resembling phoenixes have been found on ceramics unearthed at Chinese archeological sites from 7,000 years ago. The ancient Chinese considered the phoenix to be one of four divine creatures, the others being the dragon, the qilin, and the tortoise, and they portrayed it as having many of the characteristics of a pheasant, including the comb on its head, the shape of its throat and legs, and its long tail feathers. 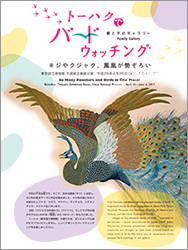 So Many Roosters and Birds in One Place!

The pamphlet is distributed in Heiseikan Thematic Exhibition Room during the thematic exhibition period.