Chapter 1  The Rise of the Qin Dynasty: From a small frontier state to an immense empire
Chapter 2  The True Picture of Qinshihuang: The excavated capital and mausoleum complex
Chapter 3  Qinshihuang's Desire for Eternal Life: The Terracotta Army and Bronze Chariots

Chapter 1
The Rise of the Qin Dynasty: From a small frontier state to an immense empire

The small border state of Qin originated in the south part of present-day Gansu province, expanding its territory eastwards to the Guanzhong Basin in Shaanxi province during the Spring and Autumn period. This region was of particular significance as the former seat of the Western Zhou Dynasty capital (11th to 8th century BC). The acquisition of fertile homelands once controlled by Western Zhou held an important meaning for Qin, not only augmenting its economy but also providing a spiritual basis for their development as a major power.

Qin actively employed individuals of merit from other lands and pursued a policy of economic growth and military aggression, eventually rivalling dominant powers such as Wei and Chu. At the same time, they actively engaged in transactions with the “Xirong” (“western barbarians”) and “Xiongnu” (“nomadic tribes”) of outlying regions, acquiring from them riches such as gold and silver along with powerful horses.
The historical process through which the state of Qin grew from a minor frontier state to a great power which would unify China can be followed through the bronzes, gold and silver artifacts, pottery, and other remains, which illustrate Qin’s relationship with its rival states, foreign peoples, and the preceding Western Zhou Dynasty. 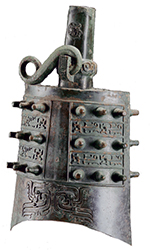 Chapter 2
The True Picture of Qinshihuang: The excavated capital and mausoleum complex

By 221 BC, King Ying Zheng of Qin had conquered rival states and unified China for the first time, proclaiming himself as Qinshihuang, “first emperor of Qin.” Qinshihuang standardized the units of measurements and coinage which differed between the states and established a new administration system. The weights, scales and coins on exhibit are some of the material remains of the various unification policies implemented by the emperor.

In addition, it is possible to visualize the once-thriving capital of Xianyang and also the magnificent architecture of Xianyang Palace and Qinshihuang Mausoleum, through the huge stones and logs used in their construction along with roof tiles, water pipes, and murals.

If Xianyang Palace was the residence of Qinshihuang when he was alive, the Mausoleum can be described as his palace in the afterlife. The Mausoleum complex is encircled by two rows of walls and covers an area of 2.13 square kilometers. The complex contains a wide variety of structures including a retiring hall where the emperor’s soul would “reside,” and many offices for the court officials who would provide the emperor’s “daily needs” in the afterlife such as clothing and food. Some would look after the “underground palace” where the emperor was entombed and other pits with different functions, such as the “Bronze Chariot Pit” and “Sacrificial Pit.” The Mausoleum complex was an enormous ceremonial complex with features both above and below the ground, intended to ensure the eternal life of the emperor’s soul.

The artifacts and material remains that have been excavated from the Mausoleum complex show many creative modifications and embellishments deemed appropriate for the emperor, who styled himself as a god-like presence that transcended all kings. 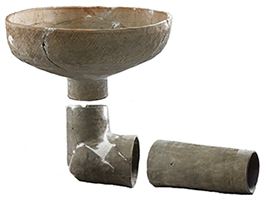 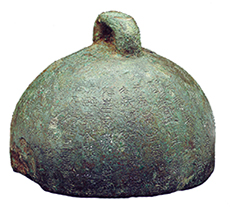 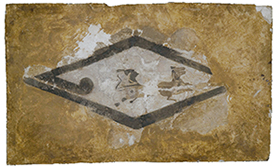 Fragment of stucco mural with scene of horses and carriage

Qinshihuang ordered the construction of the immense mausoleum and the burial of a terracotta army with about 8000 terracotta “warriors.” The “Terracotta Army Pit” was discovered in 1974 about 1.5 kilometers east of the tomb mound, and has been described as the most impressive archaeological discovery of the 20th century.

The terracotta warriors taken together form a complete legion. Therefore, various military ranks and roles such as generals, infantrymen, and cavalrymen have been portrayed. In this section, along with “general” and “infantryman” and other representatives of the different ranks and functions of the Qin army, we introduce some of the many types of terracotta figures that have been unearthed, including “stable boy” to groom the horses, and “strongman” (or “acrobat”).

In addition, the exquisitely crafted bronze chariot found in the pit to the west of the tomb mound is a precise model, copied down to the smallest detail, of an actual carriage thought to have been used by Qinshihuang himself. The polychrome decorations on the interior and outside of the carriage might be the same as those which were seen through the emperor’s eyes in the distant past.

Why did the emperor bury terracotta warrior figures and bronze chariots around the tomb mound? To Qinshihuang, the creation of a terracotta army was a necessary part of his great ambition, to rule the world as emperor for eternity, even after his death. 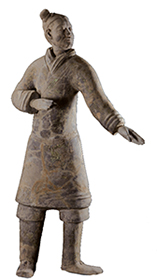 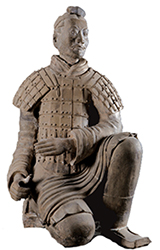