The Saint Kūya was a priest who lived among the ordinary townsfolk during the Heian period (794–1192). When the capital Kyoto was ravished by plague in 954, Kūya sought end the epidemic and bring peace to the world by building a statue of the Eleven-headed Bodhisattva Kannon (Avalokitesvara) and transcribing the Great Perfection of Wisdom Sutra. Saikōji Temple (Rokuharamitsuji’s predecessor) was built to house this Kannon image.

Kūya inspired devotion among people of all strata, from townsfolk to the nobility. This chapter explores his life and the history of Rokuharamitsuji, the much-loved temple he founded. 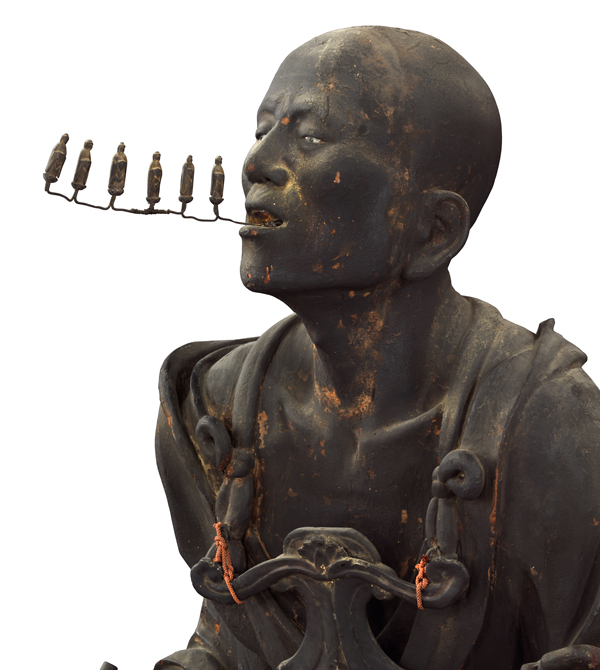 The Saint Kūya lived during the mid-Heian period. This was a time of societal change and considerable social upheaval, with disease rampant and disasters a frequent occurrence. Kūya sought to help people survive through these turbulent times. He dug wells, offered alms to the poor, and taught Buddhism to sick people and prisoners, for example. He would chant “Namu Amida-butsu” (“I take refuge in Amitabha Buddha”) while performing these tasks.

Kūya’s largest projects in Heiankyo (Kyoto) involved the transcription of the Great Perfection of Wisdom Sutra and the construction of a Standing Eleven-headed Kannon statue, for instance. To achieve these, he called upon the assistance of people from all walks of life, from the nobility to regular townsfolk. Rokuharamitsu-ji Temple still houses the Kannon statue and a set of Standing Four Deva Kings statues from that time. They continue to protect people to this day.

Rokuharamitsuji Temple lies close to Gojō Ōhashi bridge, site of a famous episode involving the warrior-priest Benkei and Ushiwakamaru (Minamoto no Yoshitsune). The temple was also built near Tribeno, a burial ground on the outskirts of the capital Heiankyō (Kyoto) that was said to mark the border between this world and the next. This area continued to play a prominent role down the ages. The warrior Taira clan resided there at the end of the Heian period, for example, while the shogunal government also established a regional office there during the Kamakura period (1192–1333).

This chapter uses temple treasure passed down through a long and tumultuous history to explore this unique area and the profound faith it engendered. 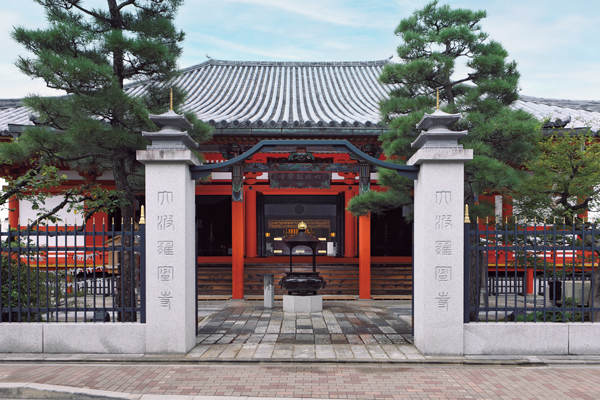 Officially known as Fudarakusan Fumon-in, Rokuharamitsu-ji Temple is affiliated with the Shingon Chisan school. It is also known as the 17th stop on the Saigoku Kannon Pilgrimage. The temple’s principal image is a hidden Standing Eleven-headed Kannon statue. As a general rule, this National Treasure is only displayed once every 12 years, during the Year of the Dragon.

Several traditional events are held at Rokuharamitsu-ji throughout the year. These include the serving of Obukucha tea during the first three days of the year, a Lantern Festival during the August Obon holidays, and the Kūya Yuyaku Nenbutsu ceremony (December 13–31), an important tangible folk-cultural property.