Part One: The National Treasures of the Tokyo National Museum

The Law for the Protection of Cultural Properties defines National Treasures as “works bearing significant value in the context of world culture which are also matchless treasures of the nation.” The designation is conferred on masterworks expressing the culture of Japan and the artistic vision of its people.

As of October 2022, a total of 902 works are National Treasures. Of these, the Tokyo National Museum holds nearly a tenth, making it the owner of the largest collection of National Treasures in Japan. In the first part of the exhibition, the Museum is displaying all eighty-nine of its National Treasures—a first in its 150-year history. The works are divided into eight categories: painting, calligraphy, Asian painting,* Asian calligraphy,* the Hōryūji Treasures, archaeology, lacquerware, and swords.

* Works originating in parts of Asia other than Japan. 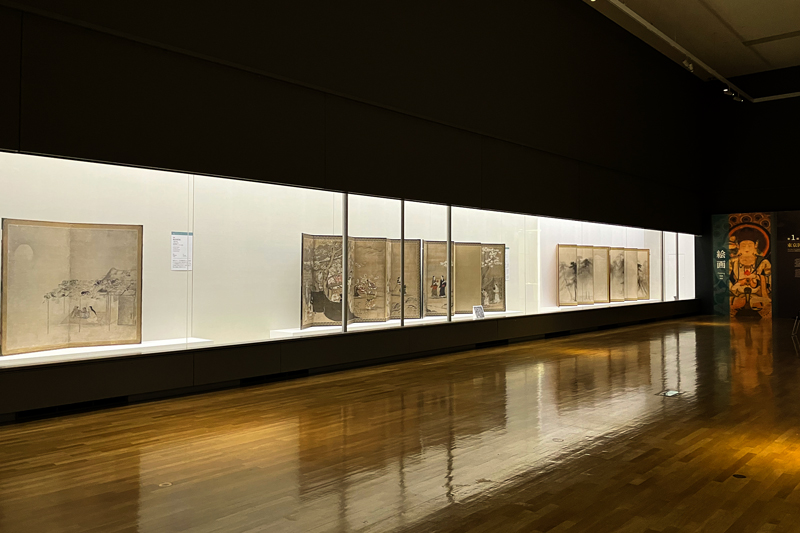 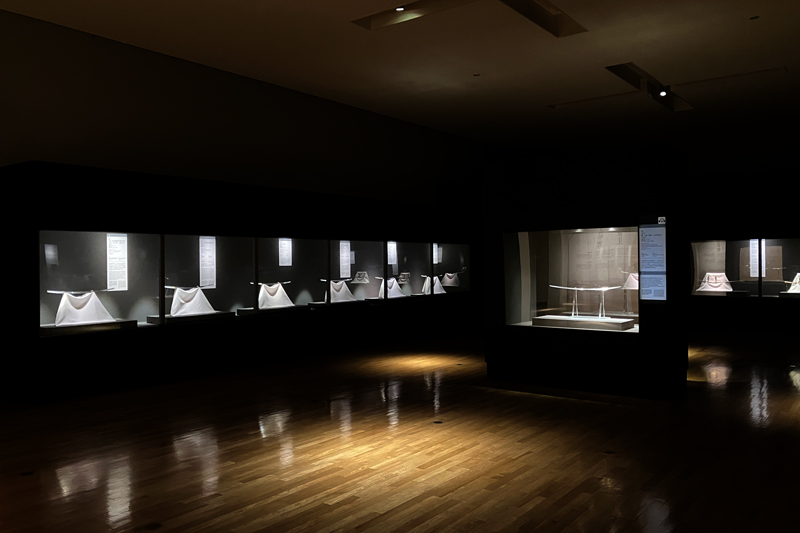 *These photographs were taken on October 17, 2022.
*During the exhibition there will be rotations in which some of the artworks will be replaced with other works.

Founded in 1872, Tokyo National Museum has the longest history of any museum in Japan. Over the past 150 years, the Museum has contributed to the enrichment and preservation of Japanese culture by carrying out its key missions: collecting and conserving cultural works, making them accessible to the public through exhibitions, and creating new knowledge about them through research. At the same time, the Museum has tailored its activities to meet the demands of each new era as well as Japan’s changing society. The second part of the exhibition is broadly divided into three sections that trace the Museum’s 150-year history from 1872 to today. The works acquired in each period are shown together with supplementary materials to provide an overview of Tokyo National Museum’s past, present, and future.

Chapter One: The Birth of the Museum

The Tokyo National Museum held its inaugural exhibition at the Taiseiden Hall of the former Confucian temple Yushima Seido in 1872. At the time, the Museum had two main missions. First, the Museum was to hold exhibitions to showcase Japanese culture in Japan and abroad while also contributing to the country's modernization. Second, it was to protect cultural heritage that was in danger of being destroyed, dispersed, or lost amidst rapid national reforms. A larger objective was to establish the Museum as a comprehensive complex of educational institutions, including a botanical garden, a zoo, and a library in addition to an art and history museum.

In 1882, this modern museum complex― the first of its kind in Japan―was relocated to Ueno Park, where it began its operations in earnest. 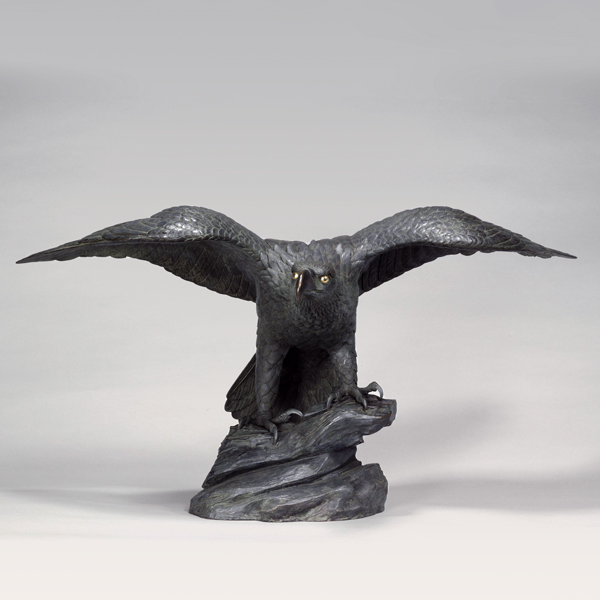 Chapter Two: The Imperial Household and the Museum

In 1886, the Museum was placed under the jurisdiction of the Imperial Household Agency, which three years later renamed it the Imperial Museum and eleven years later renamed it the Tokyo Imperial Household Museum. At the time, the Museum was positioned as a cultural symbol of the nation as well as a hallowed hall of art befitting the imperial household. Its role as a museum of art and history became its foremost purpose, gradually eclipsing its other functions.

During its tenure as the Imperial Household Museum, the Museum overcame several major challenges, including rebuilding its main gallery after it was destroyed in the Great Kantō Earthquake of 1923 and coordinating the evacuation of cultural works during the war. This period also saw the expansion of the Museum’s collection and further development of its research initiatives, forming the foundation for key activities that continue to this day. 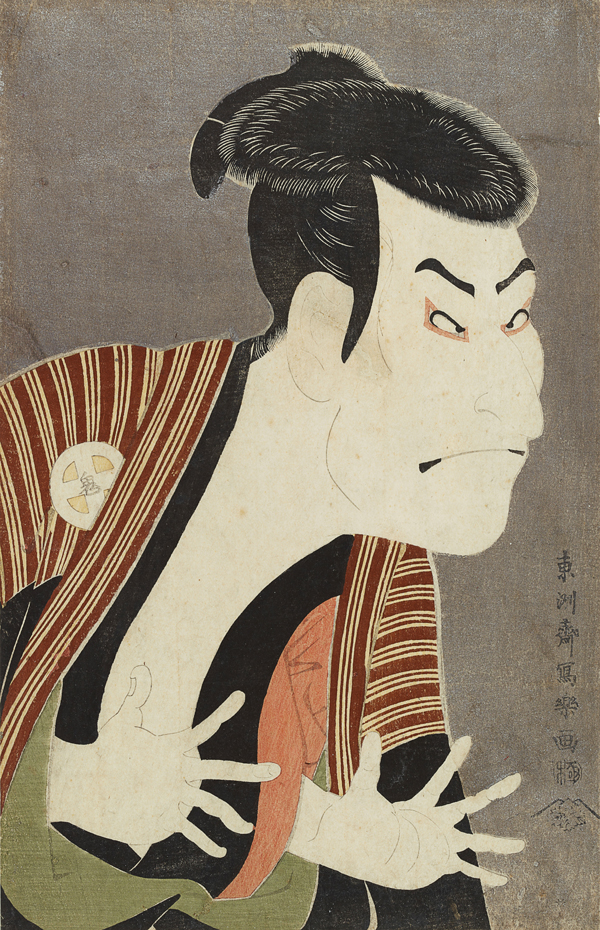 After the war, the Tokyo National Museum embarked on a new path as a museum dedicated to serving the Japanese people in 1947. Across the reigns of three emperors—Shōwa (1926–1989), Heisei (1989–2019), and Reiwa (2019–)—the Museum expanded and restructured its organization and renovated and enhanced its facilities. Today, it steadily pursues its mission to collect and conserve cultural works, make them accessible to the public through exhibitions, and create new knowledge about them through research. The Museum continues to challenge itself to pursue initiatives that best align with changing times and new social developments, including adopting the latest technologies, pioneering new fields of study, and finding innovative ways to engage with cultural works. As an institution, the Tokyo National Museum’s commitment to continue to evolve and offer new insights is as strong today as it was 150 years ago. 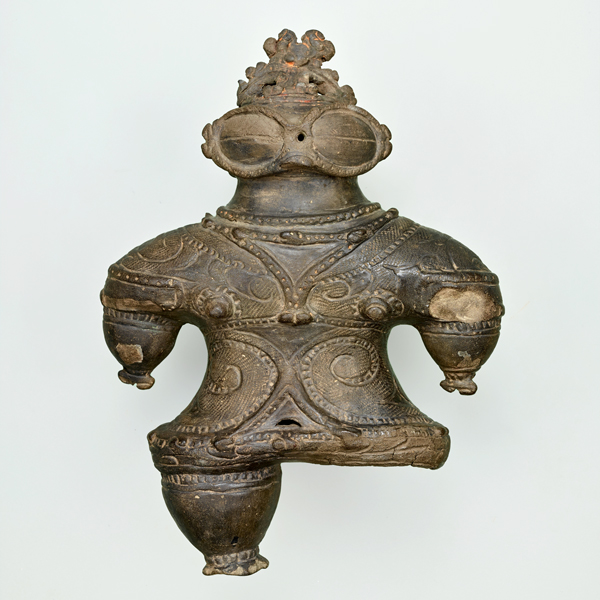 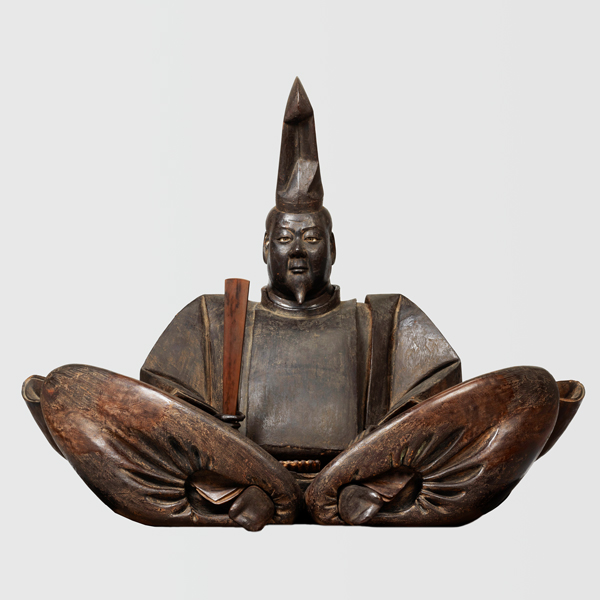 The Wind God and Thunder God

Flowering Plants of Summer and Autumn

Due to the large number of people expected to visit the Special Exhibition Tokyo National Museum: Its History and National Treasures, Tokyo National Museum is taking extra security measures during its exhibition period. The Museum's security guards may inspect visitors' baggage at the Main Gate Plaza. We apologize for any inconvenience this may cause, but we ask for your understanding and cooperation in this effort to prevent incidents from occurring.

Content
When large baggage is brought in, a handheld metal detector will be used to inspect the baggage. Please note that the following items will not be accepted: guns, knives, fireworks, firecrackers, explosives, other dangerous items, and items that may cause inconvenience to other visitors (including items that may harm other visitors, emit a strong odor or make a loud noise).