The Ryukyu Kingdom was once an island nation that encompassed what is now Okinawa and the Amami Islands. This arch-shaped island group spanning southern Kyushu all the way to Taiwan began forming a unified cultural sphere during the eleventh to twelfth century. Political unification was later achieved during the fifteenth century, centered on the main island of Okinawa.

During an age of prosperous cultural exchange among nations lying along the Asian oceans, the Ryukyu Kingdom thrived as a base for transit trade between various locations such as China, Japan, Korea, and Southeast Asia. The kingdom became a cultural bridge between these Asian countries, evident in records documenting the prosperity of the kingdom and its port city, Naha, as well as the variety of international goods that had arrived via trade. 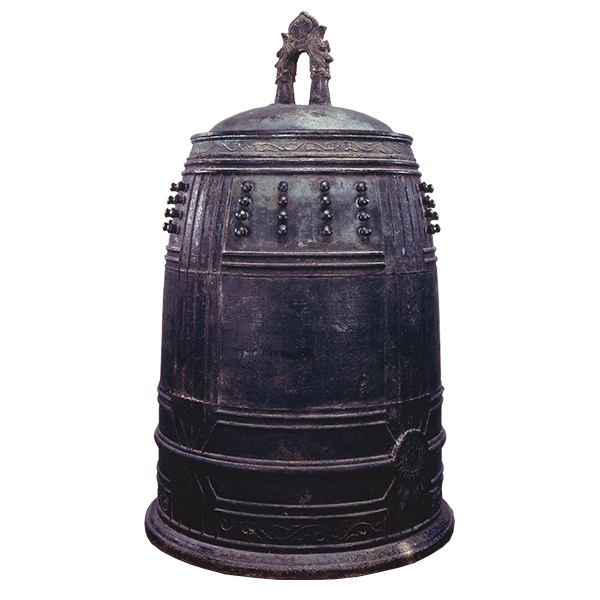 The Ryukyu Kingdom was first formed through the unification of three polities, known collectively as the Sanzan (lit., “three mountains”), by the First Shō dynasty. In 1470, the Second Shō dynasty took over rulership and governed the kingdom for approximately 400 years. Their kings accepted Chinese envoys from the Ming and Qing dynasties in order to strengthen their royal authority, as well as to further the unification, diplomacy, and trade of the islands.

In the seventeenth century, the kingdom was forced to undergo major changes due to invasions by the Shimazu clan from Japan, and the transition from the Ming to the Qing dynasty in China. However, this process also led them to establish new systems of trade and forge relationships with other cultures abroad, all of which culminated in the blossoming of a unique artistic culture. This section explores the sophisticated aesthetic sense and technical prowess of the Ryukyu Kingdom through the treasures of the royal family that adorned Shuri Castle, beautiful lacquerware and dyed textiles gifted to Chinese emperors and Japanese shoguns and daimyos, as well as calligraphy and paintings created with techniques refined through international exchange.

Second Shō dynasty, 18th–19th century
Naha City Museum of History, Okinawa
(National Treasure)
on exhibit from May 17 to May 29, 2022 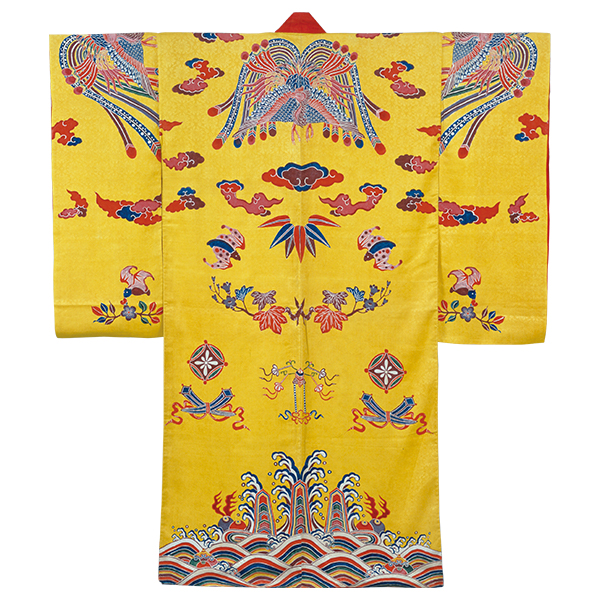 Sword with gold mountings, known as “Chiyoganemaru”
(from the documents related to the royal Shō family)

Before the rise of the Ryukyu Kingdom, Ryukyu was a group of islands that boasted its own unique culture nurtured by its close relationships to Japan, China, the Korean Peninsula, Taiwan, and Southeast Asia. At the same time, the coral-rich surrounding seas cultivated a prominent shell culture throughout the islands, where people used shells to create tools like hatchets, as well as accessories like necklaces and bracelets.

Subsequent maritime exchange and trade even resulted in the birth of a “Shell Road” leading to the main island of Japan. In this way, shells and other marine products have been indispensable resources to the Ryukyuan people since prehistoric times. This section introduces tools used daily by the prehistoric Ryukyuan people, as well as rare products acquired via cultural exchange. 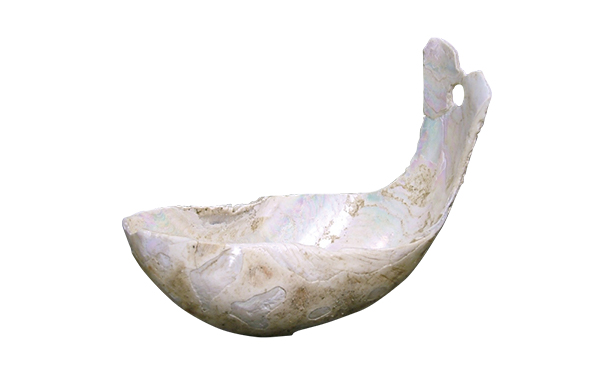 Worship on the Islands

The Ryukyuan people’s unique culture was deeply connected not only to its relations with other East Asian countries and polities, but also with the lush nature of their home. One of the most distinctive aspects of Ryukyuan culture was that women were in charge of religious rituals, a practice that arose from their belief that sisters protected their brothers spiritually. In addition to having their own beliefs, their aesthetic preferences were also heavily influenced by the islands’ nature and topography. This section explores the diverse cultural elements and unique regionality rooted in the land through its people’s way of life and worship practices. 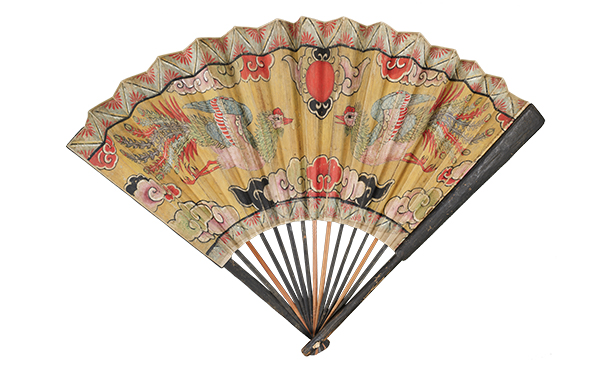 Edo period or Second Shō dynasty, 19th century
Tokyo National Museum
on exhibit from May 3 to May 29, 2022

As a region, Okinawa is no stranger to hardship —its people have weathered considerable storms in their struggle to preserve their traditional history and culture. This half-century since 1972, when Okinawa was returned to Japan from American control, has especially been a time for the region and its people to reclaim their identities as Ryukyuans and Okinawans. This is being realized through initiatives like the 1992 reconstruction of Shuri Castle, as well as the reproduction of handicrafts from the Ryukyu Kingdom by the Tewaza project, in which research is done on a grassroots level by people dedicated to uncovering the truths behind lost craftsmanship and bringing them to life. Today, efforts to revive and pass down Ryukyuan traditions are centered on the reconstruction of Shuri Castle after the fire of 2019, as the people continue to work toward preserving the islands’ vibrant history and culture for future generations in a sustainable manner. 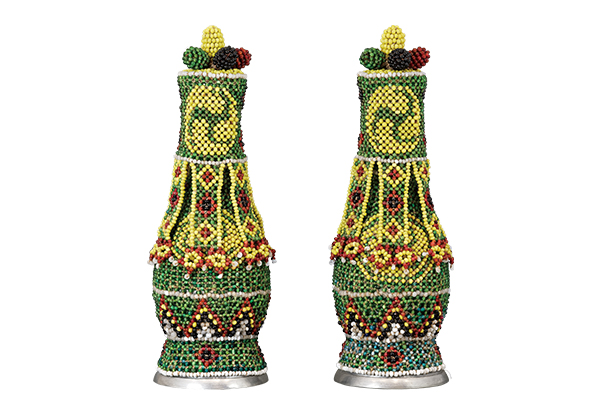