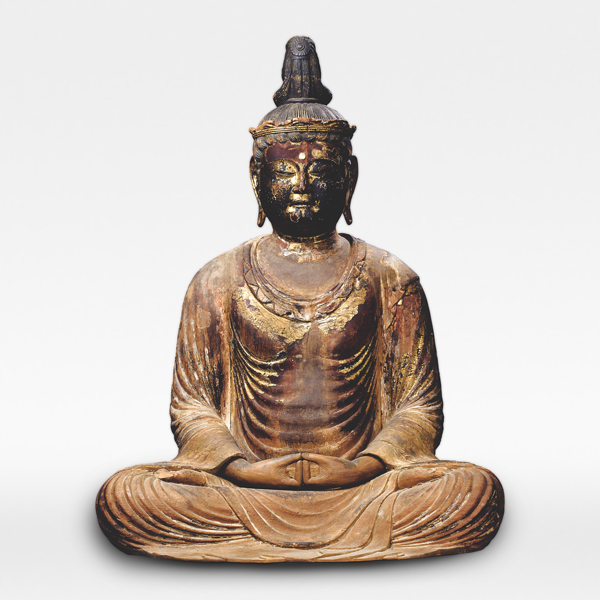 Though featuring a topknot characteristic of a bodhisattva, this deity also wears a robe covering both its shoulders and has its arms joined in front of the stomach. From these features, we can see that it is the Seated Amida Nyorai (Amitabha) with Jeweled Crow, due to the decoration placed on its head. Key points to note are the natural figure and the soft look of the clothing. 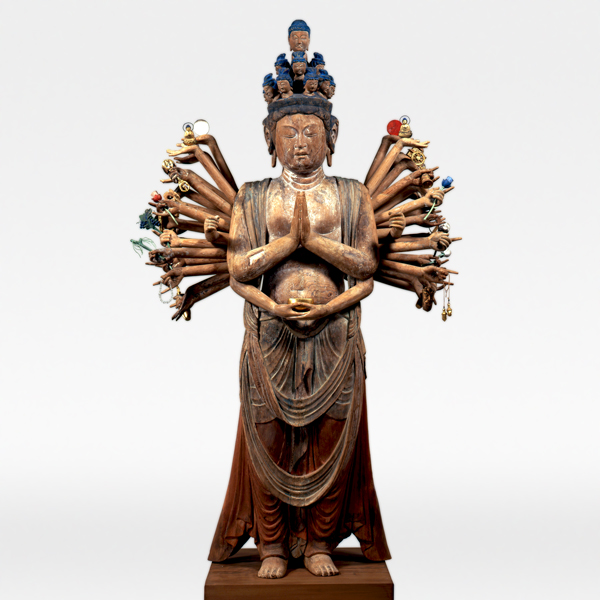 This is a standard representation of the Thousand-armed Kannon (Sahasrabhuja), using forty arms extending from the sides to represent the thousand arms in addition to the two arms clasped in prayer. The piercing eyes, voluminous body, and the ridges of the folds in the clothing are all characteristics often found in the early Heian period. This is one of the primary examples of older Buddhist statues in the region of Wakasa, part of present-day Fukui Prefecture. 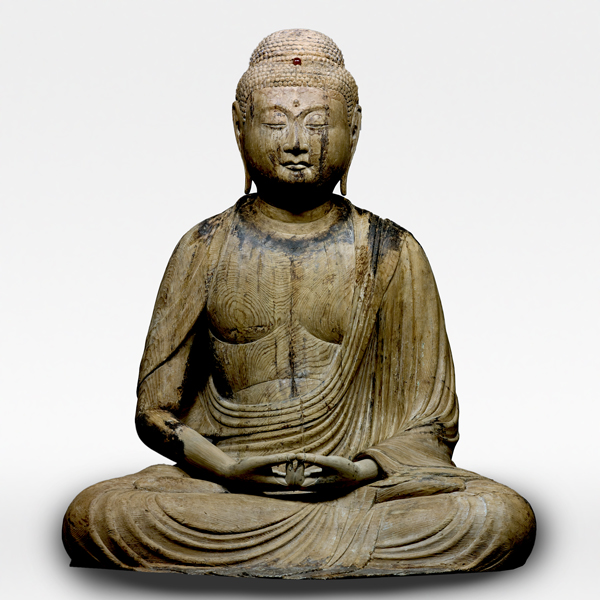 This work was passed down at the Sugi Amida Hall managed by the Etari administrative ward of Minamisoma, Fukushima. Several features are characterstic of the late Heian period: the low nikukei (the round protrusion on the head), the roundness of the head together with the plump cheeks, and the thinness around the knees. 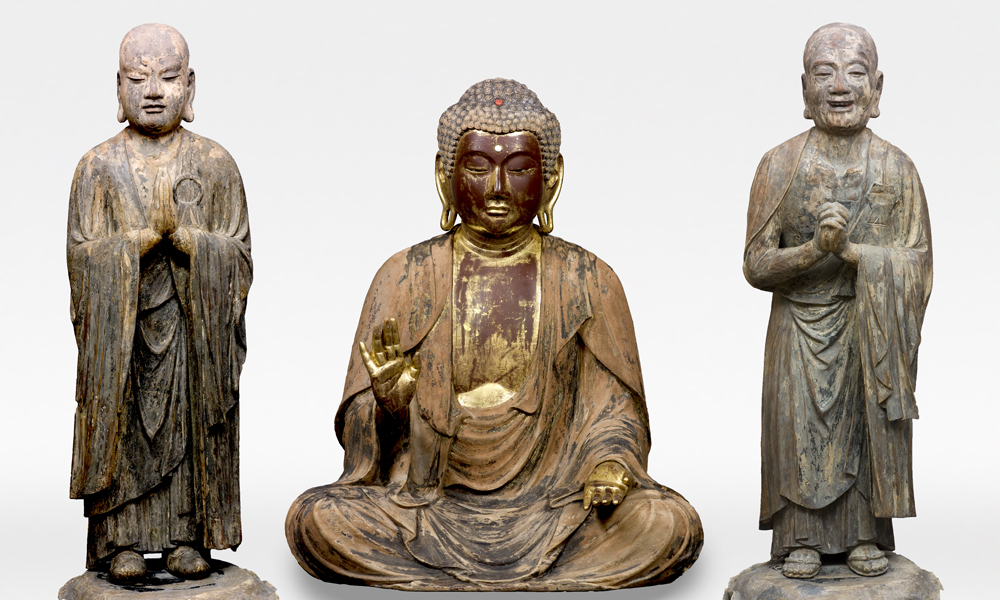 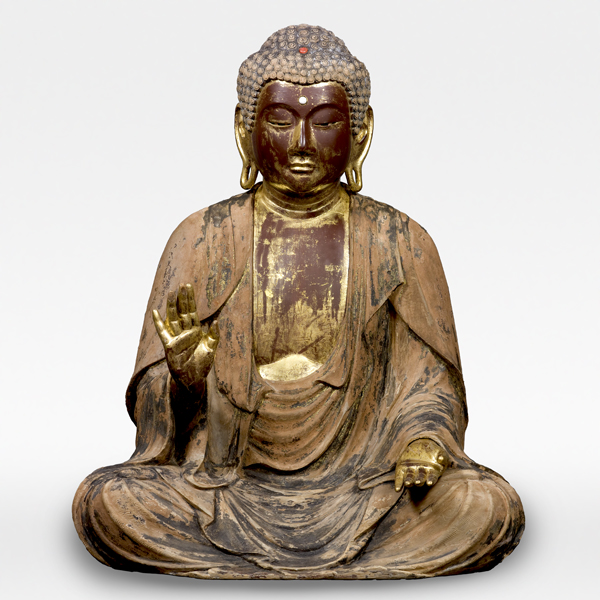 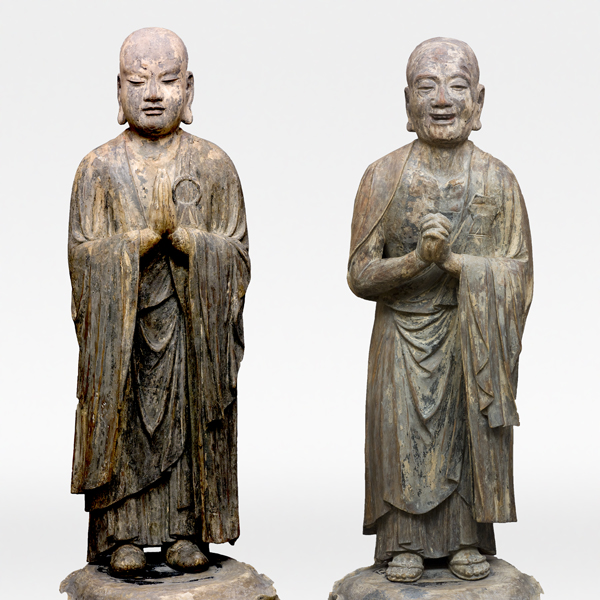 This Shaka Triad was repaired after sustaining damage due to the Great East Japan Earthquake. An inscription is present behind the lotus-leaf pedestals of the attendants, indicating that the triad was made around 1330, in the late Kamakura period. 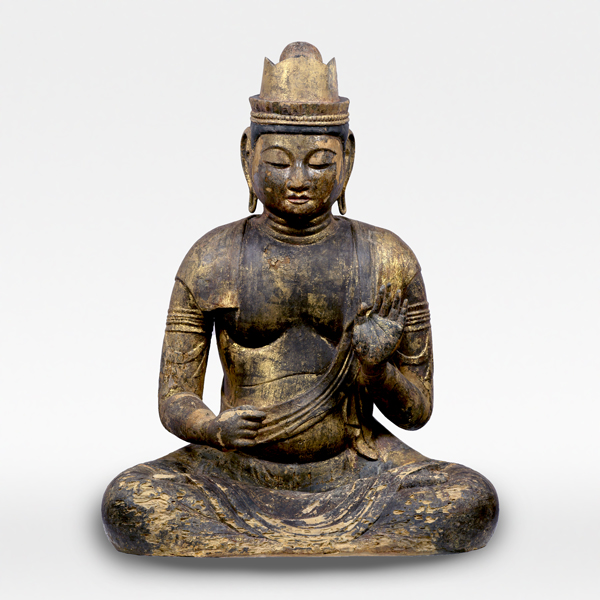 The crown and sword in the right hand indicate that the statue is of Kokuzo Bosatsu (Akasagarbha), possessor of boundless wisdom. The use of a single piece of kaya wood to carve both the head and body reflects an old style. However, the rounded face and the lightly carved clothing indicate that it was made in the late Heian period. 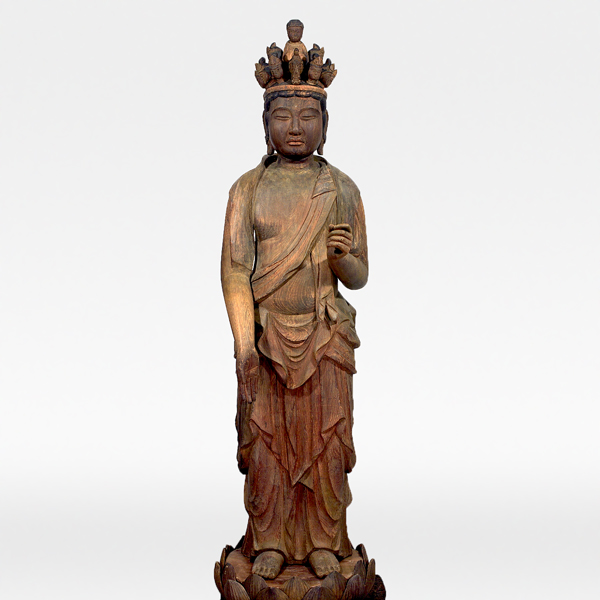 This sculpture is worshiped as "Satomamori-butsu" (literally “village-protecting Buddha”) on a small mountain near the coast of Minamisoma, Fukushima. The puffed cheeks and egg-shaped head are distinctive features. The sculpture contains an inscription with the year 1283, indicating it was made around that time.