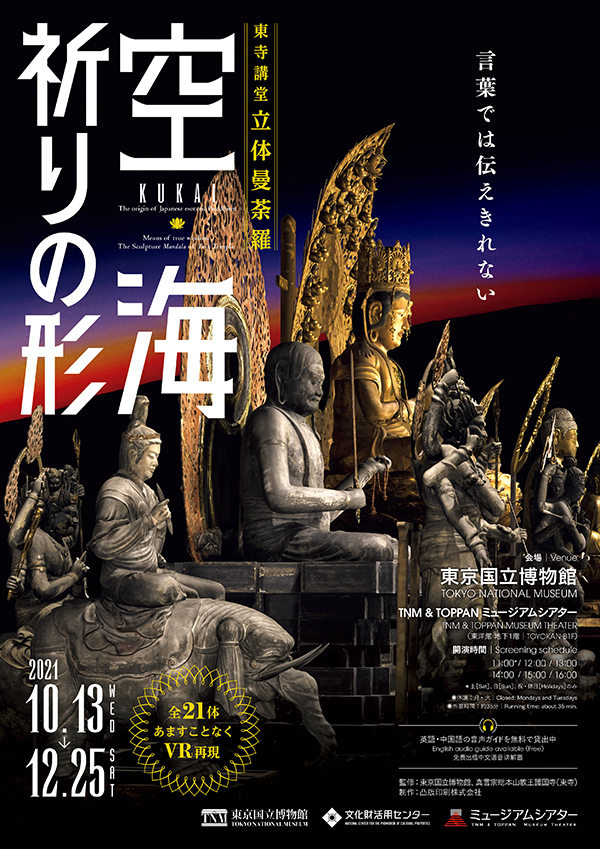 The “Prayer Form” created by Kobo Daishi Kukai, to express the ultimate teachings that can’t be put into words.

* You may not enter mid-way through the program.

* Screening schedule and capacity are subject to change.